Heiress Patty Melt has temporarily escaped the clutches of lead villain Higby Bunko and hidden in a corner of the loft. 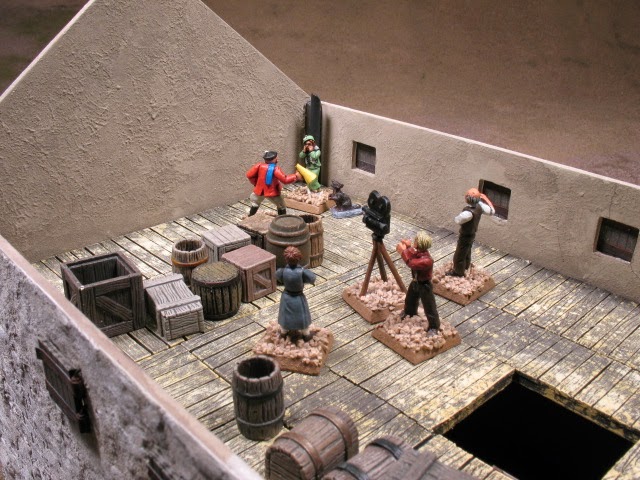 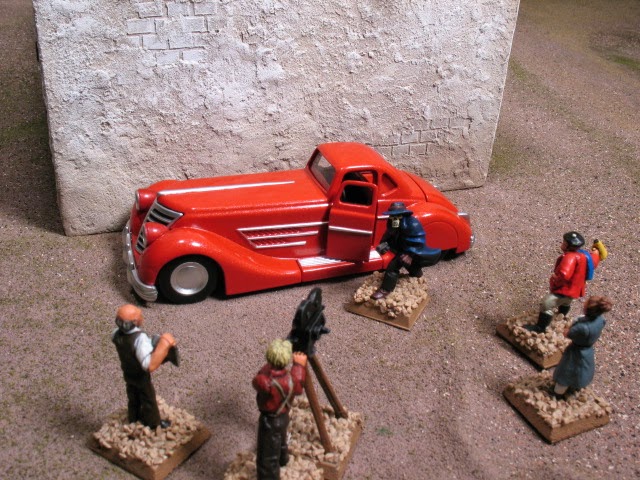 Outside, Hero Mister Ree arrives in his Reemobile…
(A Corgi '30 Batmobile) 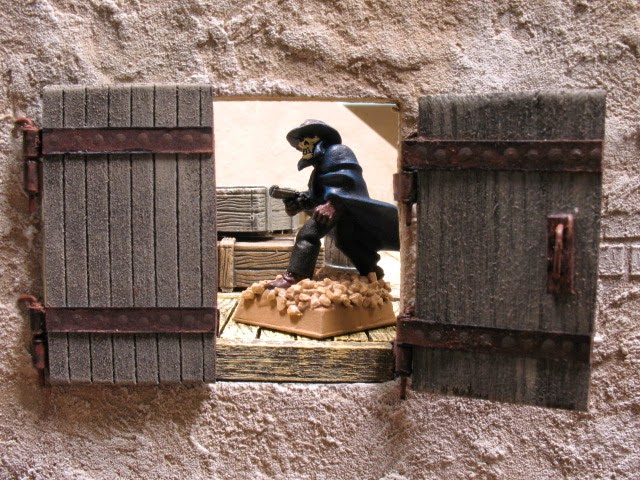 …climbs through a loft door searching for Patty Melt… 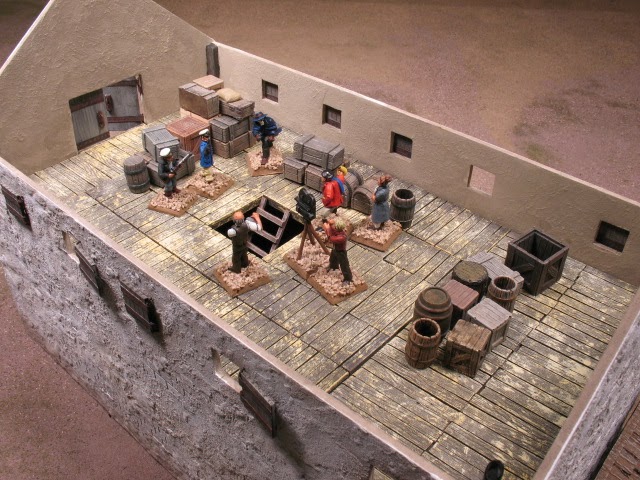 …but encounters a couple of thugs instead, who are handily defeated during the fight scene. 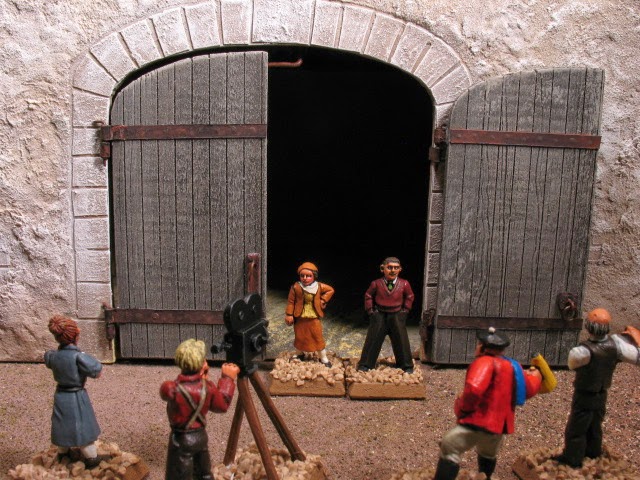 Barn and loft doors were made and attached (Hinges 2). Handles are wire glued to small bits of wood. 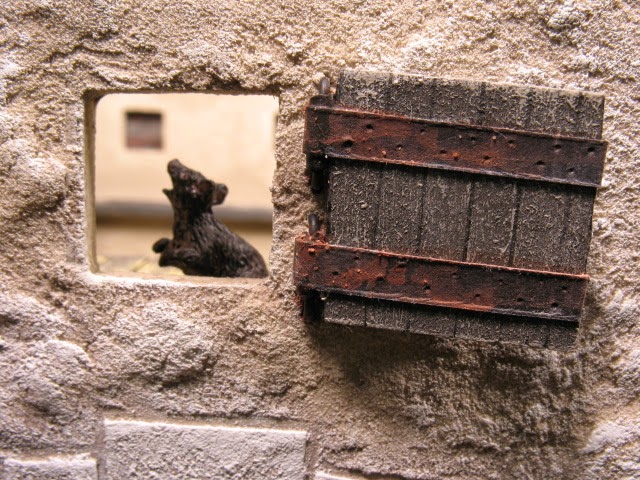 Mickey Squeekers celebrates his scene. Unfortunately the editors had to cut his performance from the film, deeming it too risqué for sensitive tastes.
------ NEXT: Bits and Police ------