Some ideas I got from the Internet. Some I came up with by fiddling around with the shapes. A bonus is most of the pieces can be used in larger scale games (= multi-purpose!). 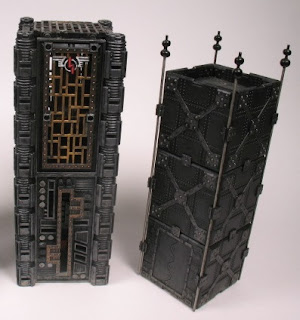 These two towers are made from Pegasus kits. The left one is 150mm tall (!). Right only has brass rods with beads added on top. 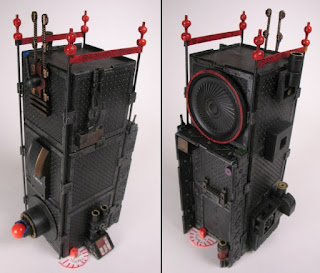 Another Pegasus tower with brass rods, beads, Lego parts and a speaker from a greeting card that had audio. 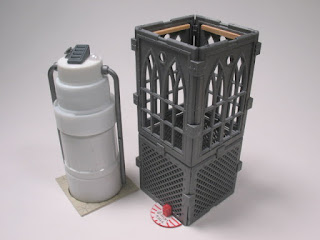 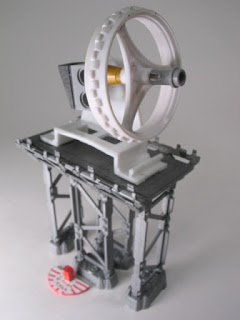 A stack of tape spools with a bottle cap, some piping and a Lego vent. The unit goes inside the Pegasus tower. The little red thing at the base of the tower gives me an idea of what a 6mm figure would look like next to it.

The stand on the right is also Pegasus parts. The radar base sitting on its top is from inside a dental floss container with Lego pieces attached (including the huge wheel). The assembly isn't glued to the stand so it can be swapped out as need be. 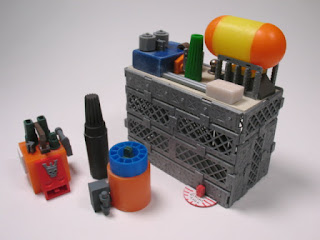 Unpainted equipment. Far left is a 3DGeo square with Lego and misc bits. Center is a Super Glue Gel cap glued on the cap of a Sharpie marker. Next to it is a 3D Geo cylinder with a slice of printer paper tape spool and Lego pieces glued on. Far right is another Pegasus parts base. On its roof is a 3D Geo rectangular block on the left with Lego and misc parts, a Super Glue Gel cap, a resin box in the corner, and 3D Geo cylinder with split ball ends for the raised tank. 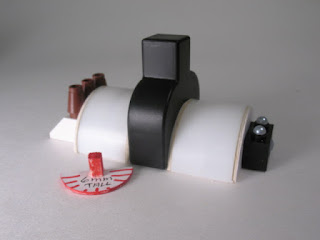 Unpainted. Tape spool cut in half, ends glued on, then both glued to an IO Block. On the ends are more Lego pieces and a couple of small round beads, I later added a Lego Bionicle piece on top. 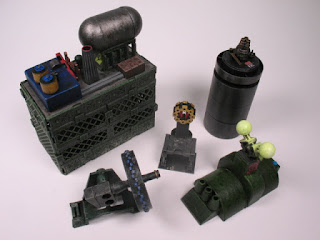 Finished pieces. Tank/base, radar, stack of tape spools, and raised platform in the center made from LaQ and Uberstix pieces. I picture some oh-so-important Bigshot Muckymuck standing on it, pontificating how important he and his ideas are while all the listeners wonder when his verbal rattling is going to finally be over so they can visit the snack bar and go home. 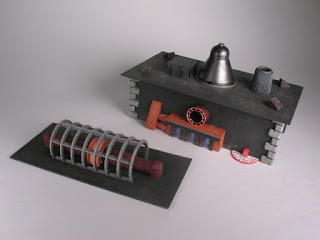 More equipment. Piece in front has a hair curler over two electric toothbrush bits (I think) and a slice of a printer paper roll. The unit goes inside the building, which is made from mattboard with Lego and other pieces glued on its removable roof.